If you followed my blog for a while, you would’ve seen one of my previous post where I mentioned going to China. I was in China for about 3 weeks for work and came back for around 1 month now.

I flew into Hong Kong and had mainly stayed in Dongguan where my company’s sample room was located. I do understand Mandarin but I mainly speak Cantonese so I didn’t have a language barrier in either Hong Kong or in China. The accent in China was a bit harder for me to understand but overall I didn’t have too much trouble. I’ve been to Hong Kong before so there were no surprises for me. This was my first time in China though so here’s some little interesting things during my trip in China:

Overly saturated it lol but it is prettier at night.

Dongguan was relatively close to Hong Kong so when I had time, I went there. I didn’t hate my time in China but Hong Kong was much more comfortable for me. The trip to China was an interesting one but it definitely made me appreciate what we have over here. If you’re planning to visit China and this is your first time like me, I would recommend bringing a lot of mosquito repellent. I got a ton of mosquito bites in China and because it’s my first time there I got allergic reactions to the mosquito bites; they swelled up and looked like a large rash.

Even though it’s humid and hot, the view up here is beautiful

For more photos of my trip, check out my instagram @vicckyt (if you’re wondering how I had access to Instagram during my trip, I used a vpn and it worked!)

2 thoughts on “My China Visit” 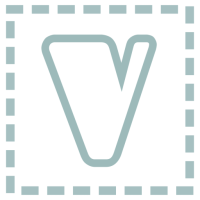