I’m back again with another sock animal…

I’ve always used Between, an app that’s made for couples. It’s really not that different from any other messenger app such as Line, Kakaotalk, or Facebook messenger but it’s used only for communicating with one person. I’ve used it for years and have always loved the characters that they have for their stickers. One of the characters I like is called Merry and it’s a pink bunny looking character and so I’m going to make a sock animal based on this character. 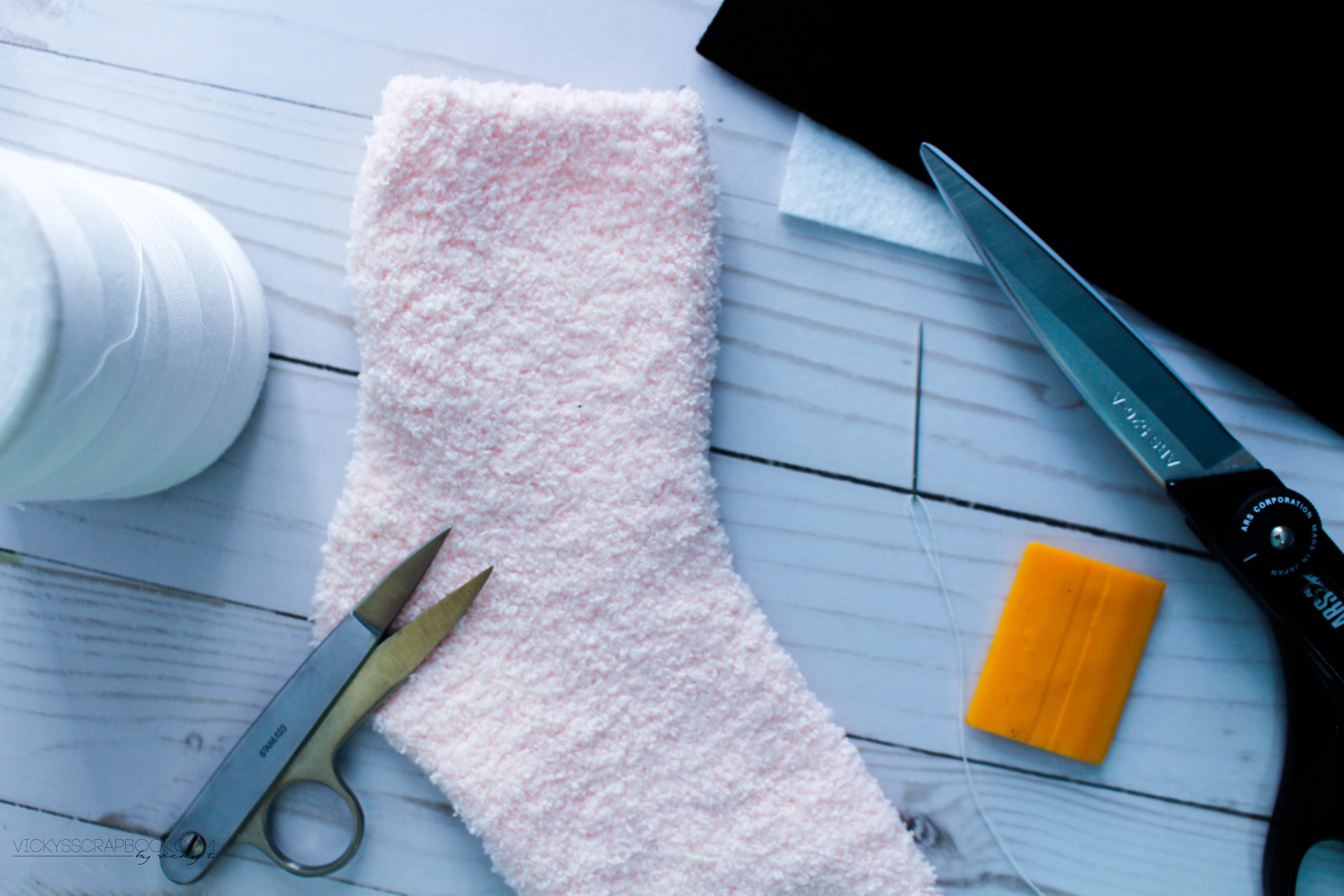 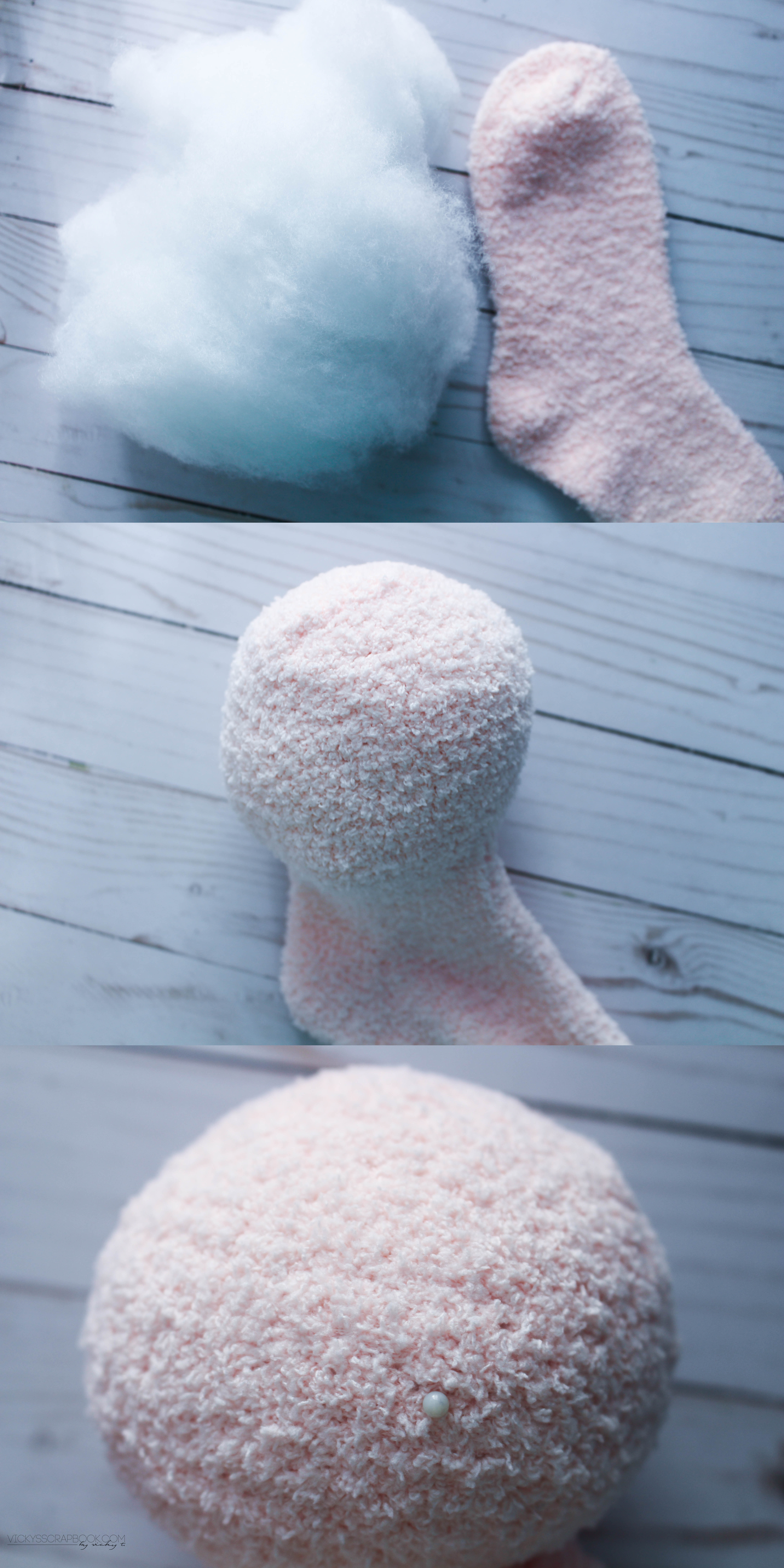 I would first grab a chuck of polyester filling (in the size of how big I want the head) and stuff it into the toe area of the sock. Then cut off rest of the sock and sew close the opening. Repeat for the body. (Note: I like to place a pin on the front of the head as a place holder so I know what I’m working with). 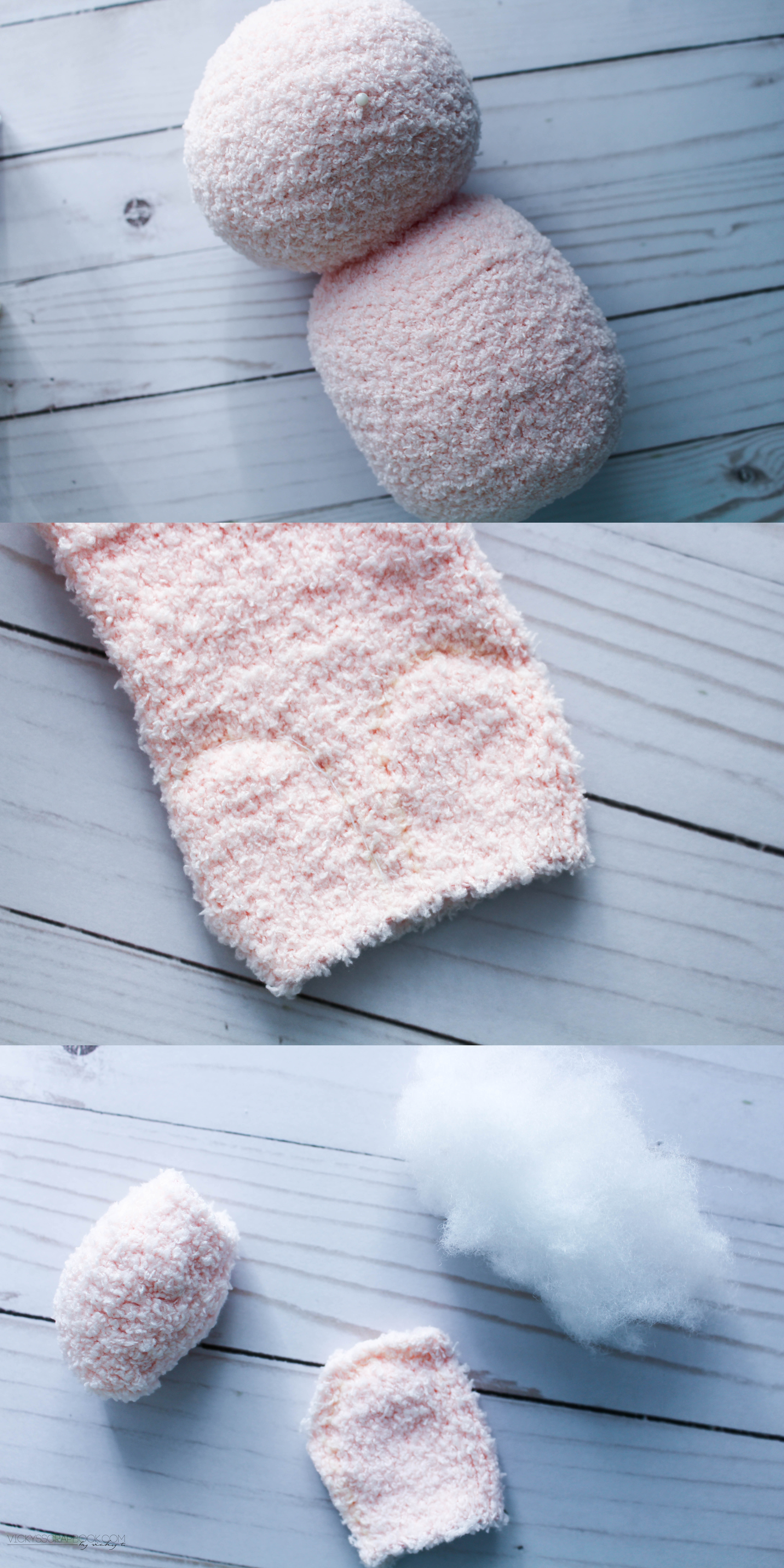 Then, I would sew the head to the body. With the remaining socks, I simply flip it inside out, draw the arms, legs, and ears using chalk, sew along the lines I just drew, and then cut it. Once it’s all sewed and cut out, flip it back out and stuff with filling. 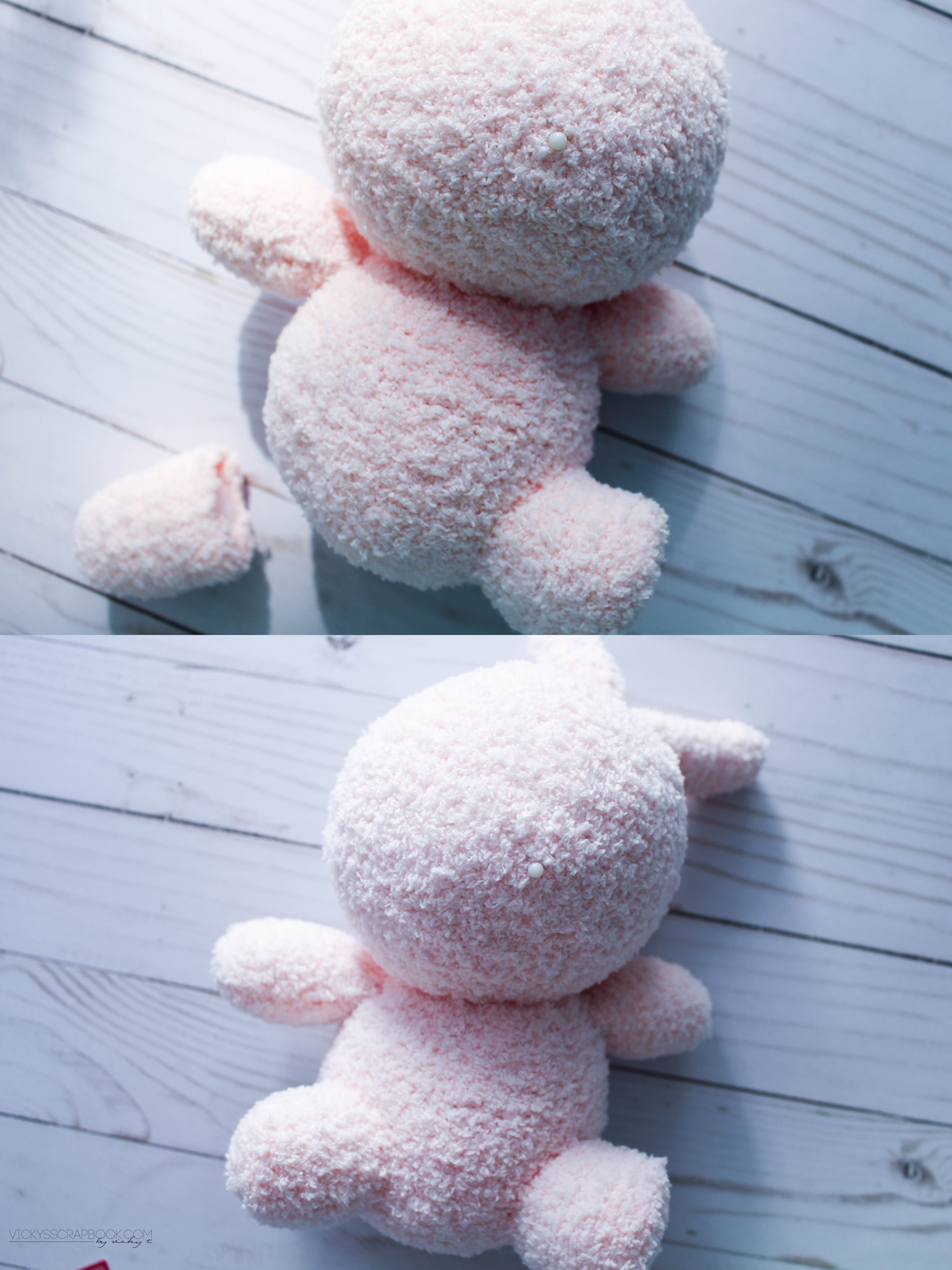 I would then sew on the arms, legs, and ears onto the body and head. (The body in these pictures look a bit smaller than the initial one above because I felt that a smaller body would look cuter. So I did end up cutting it open on the butt, resize it, and sewed it back up. If you mess up on yours, you could also do the same) 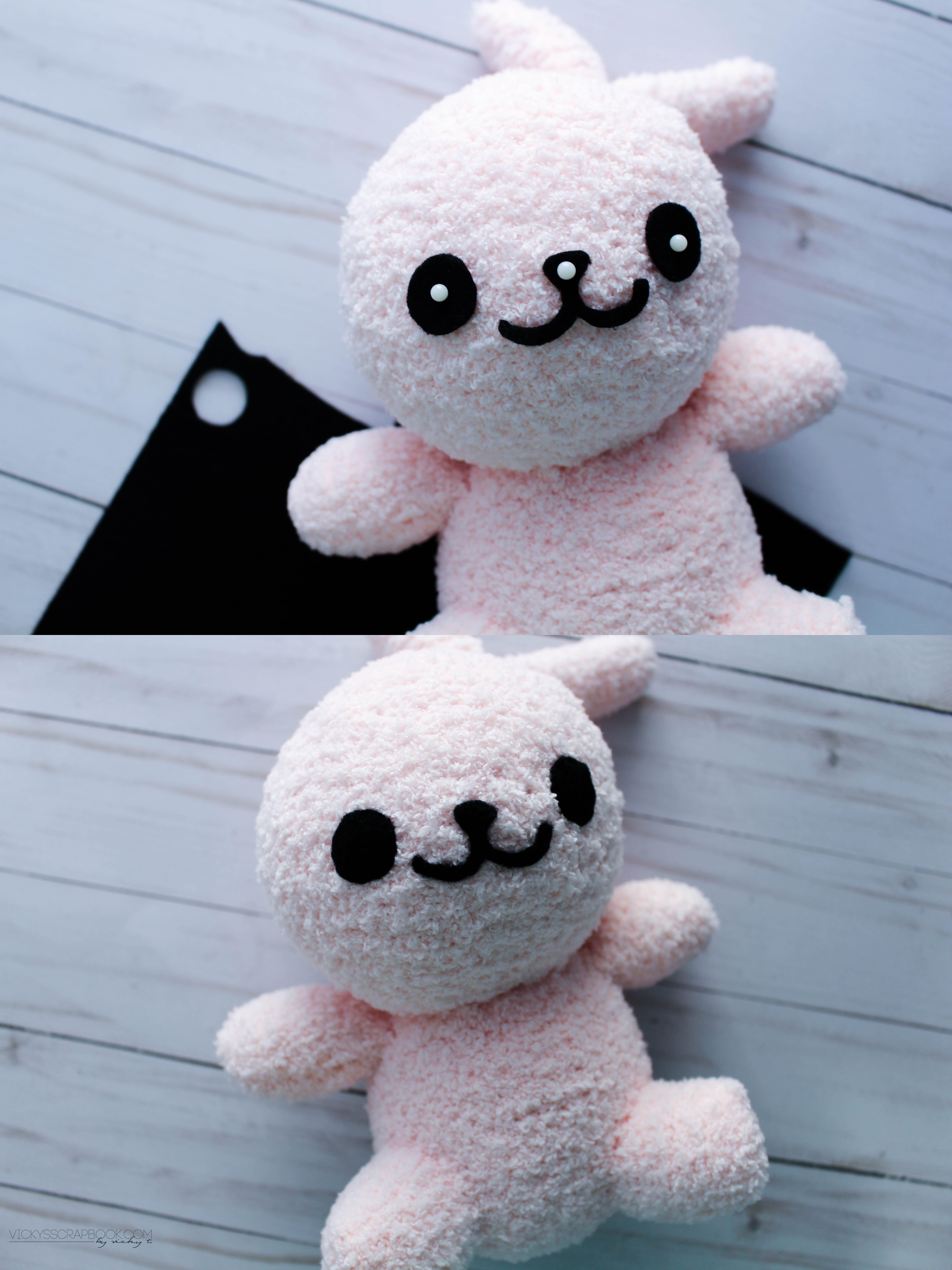 Using felt, I would draw and cut out the shape of the eyes, nose, and mouth. A lot stuffed toys have embroidered eyes and mouth but I prefer using felt. You could embroider the face or use beads for the eyes; it’s really your preference. I prefer felt over embroidery since my embroidery skills aren’t so great.

With the shapes cut out in felt, I sewed on the eyes and mouth. You could also glue them on but I haven’t found any glue that sticks well on this kind of fabric. And that is it for this stuffed sock animal.

Do you use any special apps and have fallen in love with the stickers?