It’s been a while since I made a post; hope your new year is going great! For me though, I’ve been super busy with my school projects and working part time… 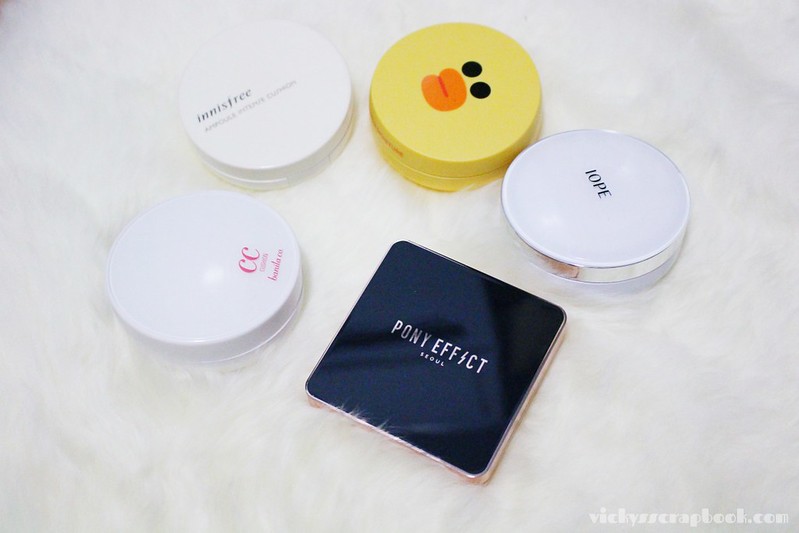 Anyways this post is about Pony, the Korean makeup artist that I admire and who happens to have her own line of makeup products. I heard a lot of great things about her cushions and had to add one to my collection of cushions. 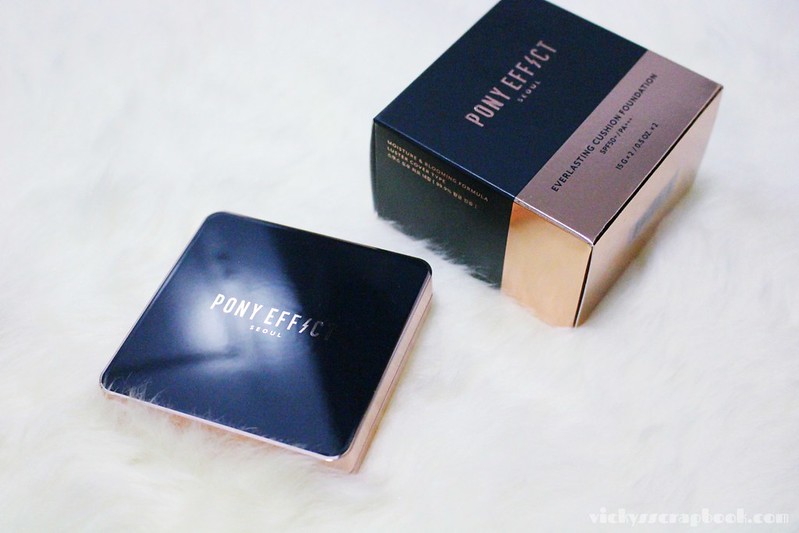 I bought the Everlasting Cushion Foundation in Rosy Ivory. Unlike other cushion foundations, this one comes in a squared packaging instead of a circular one. The packaging for the Pony Effect makeups are really classy and I love the color combination. For a cushion, it’s on the more expensive side; it cost me about $50 + shipping (since I live in the U.S., shipping added a lot to my overall cost). 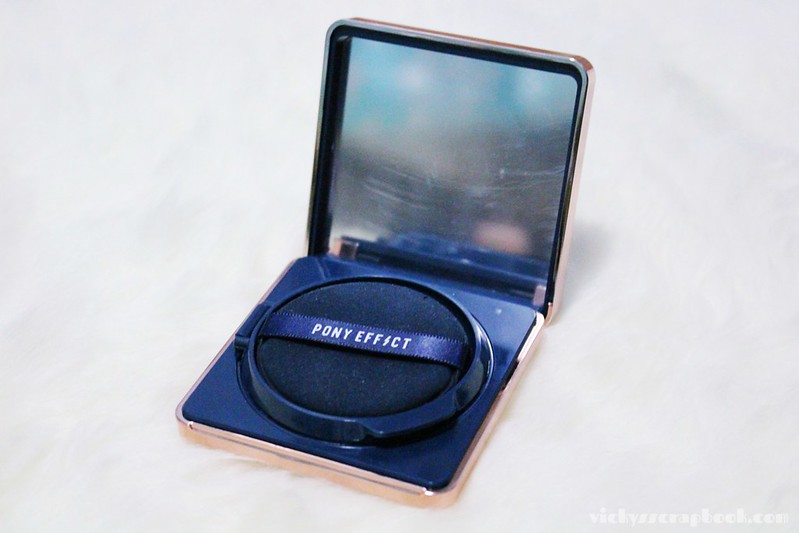 I tried the cushion the whole week and I just love the puff that it comes with. It’s a lot softer than the usual puff I get with cushions. The Banila Co CC Cushion came with a really soft puff as well but this one is even softer than that one. 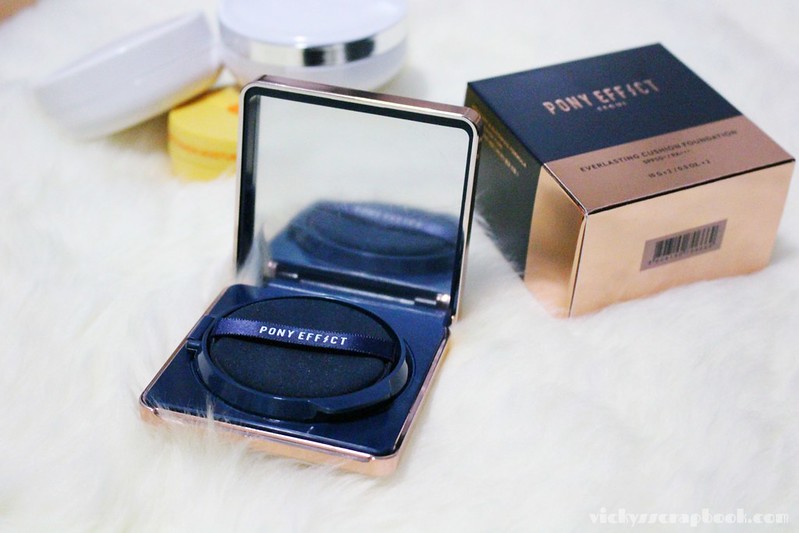 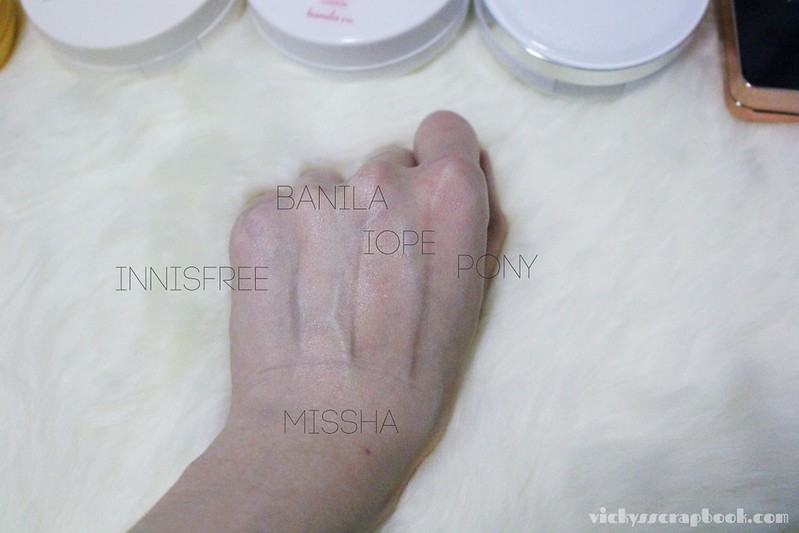 I swatched the cushion on my hand; I don’t know if it’s that noticeable but the Pony Cushion is a bit rosier whereas the Innisfree Ampoule Intense Cushion (#13) and the Missha M Magic Cushion Moisture (#21) is more ivory. The IOPE Air Cushion (C13) and the Banila Co CC Cushion (B10) is more in between. I tend to go for the lighter colors for cushions and quite frankly the color options don’t vary that greatly with Korean cosmetics.

I’ve only used it for about a week and it’s by far my favorite cushion (well, until I find something wrong with it). My second go to cushions are the Banila Co. CC Cushion and the Missha Magic Cushion Moisture. I’m not sure how well the Pony Cushion will do in warmer weather since it’s rather cold here in California lately; I do think that this cushion is more suitable for colder seasons since it’s very “dewy”.

I now have 5 cushions total and each of them have refills that I haven’t gotten to haha. I think I have enough to last me a few years.

Do you like using cushion foundations? If you do, how many do you have in your collection?